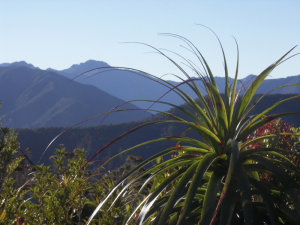 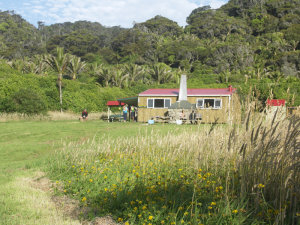 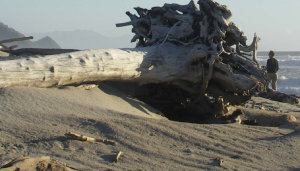 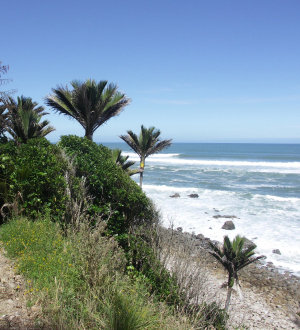 New Zealanders tramp this backcountry, Australians walk this bushwalk, Americans hike this trail and Britons ramble through it!

Great Walks is an official classification of the Department of Conservation that reflects scenic beauty as well as the standard of care of tracks and huts. This was my first Great Walk in New Zealand, but I have since tramped Lake Waikaremoana and Tongariro Northern Circuit. Three down, six to go!

I tramped with other members of my club, the Melbourne Bushwalking Club. This combined the cost advantages of independent travel with the leadership and organisational advantages of a professional tour or tramping guide. It needed personal preparation too of course.

It was a good 20 years since my backpack had last had a good airing in the backpacker hostels of Europe and Asia, and a similar length of time since I’d walked the Overland Track in Tasmania, so I trained with Sunday walks with my tramping club.

And I was well prepared in other ways. I’d had a thorough professional scrub of my back-pack, and had some new hi-tech acquisitions of socks, boots, cooking gear, waterproof clothes, dehydrated meals and digital camera.

I was following in the footsteps of Charles Heaphy, map maker, water-colourist and explorer, who forged this coastal path along the west coast of New Zealand’s South Island in 1846. Around 5,000 people walk this trail every year.

My group tramped from South to North, the least typical direction. We started at Karamea, 5 hours mini-bus ride from Nelson with Trek Express, with a night of relative comfort at our first and only resort for this trip, evocatively called The Last Resort, taking last minute advice from the local publican that an olive oil and Dettol mix would ward off the Heaphy Track’s sandflies.

Kohaihai Shelter, a 20 minute mini-bus ride north of Karamea, was the start of the first day’s 17 kilometre walk to Heaphy Hut, a coastal stretch that was a highlight of the five days. The sun was shining, the waves of the Tasman Sea crashed onto bouldered beaches. The vegetation was of tropical appearance, with native Nikau Palms, ferns and flax, growing along the track. The stoat traps spaced every few hundred metres, were a reminder of the potential havoc of introduced species on native species like penguins.

Late that afternoon, we reached Heaphy Hut and looked across the Heaphy River to the Heaphy Bluff – yes, Charles Heaphy did do well in the namesake stakes!

Sitting on a huge drift-log on a very wide beach, I watched the incoming tide occasionally defeat the Heaphy River’s narrow mouth, crashing into the outflow and sending waves rippling swiftly along the river for a hundred metres. In the background, spectacular, sonorous waves pounded and plumed over Heaphy Bluff. Floating on my back in the river, I saw what Heaphy had described as a beautiful wooded valley, which lies upon the banks of the Whakapoai, a name that pre-dated his arrival.

Day 2 was a walk in mottled sunlight involving more of a climb and a longer distance of 21.5 km. We were greeted at James Mackay Hut by a beautiful vista of Heaphy Bluff and the ocean, and a blackboard forecast that told us to expect outbreaks of rain. After all, the DOC site had told us that 11 days of rain were likely for a typical January.

Fortunately the wetter days, Days 3 and 4, were shorter at 14km and then 13km. I confidently crossed numerous tannin-coloured creeks in my seemingly invincible Raichle boots, and on slightly slippery swing bridges (load limit specified in numbers of persons), arriving with still-dry feet for the third night’s stay at Saxon Hut.

In the misty rain on Day 4, I tramped over the alpine flower and red-green tussock-covered Gouland Downs, which had never fulfilled the promise of grazing that Heaphy had hoped for. I had my Lord of the Rings experience, walking through Tolkien-like country of limestone caves, mossy mazes, beech forests and huge host trees that had succumbed to the ravages of killer rata vines.

Almost tame bush-robins tackled the insects we stirred up when we walked through leafy carpets on the tracks and weka, a native hen often referred to as a Maori chicken, would tackle our lunches if they got half the chance. We saw the shells of New Zealand’s large carnivorous snails though none of their nocturnal activities, and learned that the limestone caves are a great source of the calcium they need for their large shells.

On Day 5 we headed downwards on the final 17 km stretch through swirling mists towards Brown Hut, our destination.

Over five days I’d gradually climbed 915 metres from sea level and then down again, a descent that was one of the advantages of the South to North direction.

I felt that my bushwalk on the Heaphy Track was awesome, and I felt it was a personal achievement. I’d walked for five days over 82 kilometres of west coast country in New Zealand’s South Island, and I felt terrific.

I’d like to go on to bigger and better things. After all, Heaphy walked the walk and later became a Commissioner of the Goldfields and a Victoria Cross winner.

I’ll simply aspire to completing all the Great Walks of New Zealand. Watch this space!