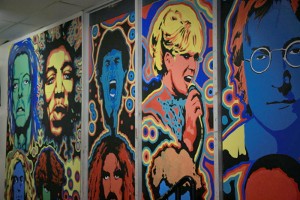 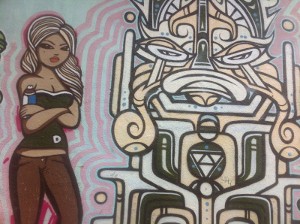 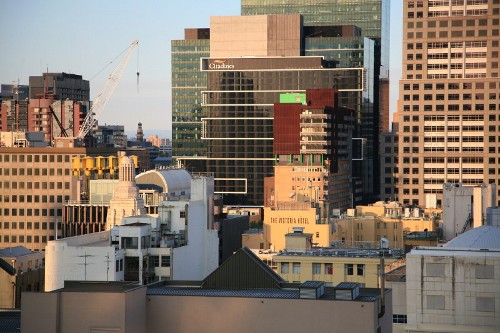 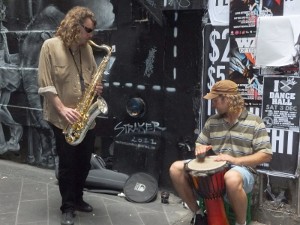 Melbourne’s Laneways have become destinations for locals and visitors, they are colourful alternatives for music, art, bars, and restaurants. They are also places to stroll and to party. And their character changes constantly.

In the Central Business District, there are almost two hundred Laneways – Alleys, Arcades, Places, Lanes, Walks and Ways, and the occasional Laneway that carries the misnomer of Street. The Laneways are hidden between the high-rise buildings and tucked away behind the main streets.

But Hoddle had to bow to the wishes of Governor Bourke and his penchant for the mews of England. And so Little Streets – Flinders Lane, Little Collins Streets, Little Bourke Street and Little Lonsdale Street – were added to the Hoddle Grid, to provide service entrances for residences, medical practices, retail stores and other properties on the thirteen main streets.

The Little Streets attracted their own residential population, very much poorer than the gentry on the main streets. They lived amongst the rubbish and by the cesspits of the growing city.

The back street dwellers pushed the boundaries of the Little Streets, and Laneways proliferated, especially as warehouses and factories started to compete for space and attract more workers.

The Laneways are over-shadowed by high-rise buildings and can seem gloomy. But what the converted warehouses and factories lack in glamour on the outside, is made up for on the inside. They now house trendy niche bars and restaurants that you can find at street level, upstairs, downstairs or along a laneway-off-a-laneway.

An award-winning book, Flavours of Melbourne, emphasises the quirky little bars and eating spots in both the Little Streets and Laneways. Flavours of Melbourne can’t keep up with the new eateries that keep popping up in the Little Streets and Laneways. But regardless of that, the book teaches you a new way of looking for eating spots. Walk the Laneways, and venture along any little nook and cranny with a colourful sign. The signs are often tiny – less is more in Laneway café signs. But look out for a small splash of neon colour among the street art. It’s often the sign of an alternative bar or food experience.

There’s nothing static about Melbourne’s Laneways, whether you’re talking cafés, bars or street art. You can walk down Hosier Lane one night and see astoundingly beautiful street art. Next time much of it may have reverted to colourful but un-beautiful graffiti.

Laneway tours abound. Commercial establishment and backpacker hostels offer them. A unique offering is a Melbourne street art tour, led by the street artists themselves.

Yet, there is more to laneway art is more than street art. The Laneways are also home to artist-run spaces and there’s an occasional gallery.

When I’m walking along the little streets and Laneways of Melbourne – or even the main streets for that matter – one my companions is always my Victorian Heritage iPhone app. I can sit in a restaurant and check out heritage listed sites that are in my immediate vicinity.

Just as the Laneways and their buildings are being recycled, there is plenty more recycling taking place. You may find yourself sitting on a former milk crate or sake barrel or drinking out of a glass that once was a Vegemite jar.

Wander the Laneways of Melbourne before they move into their next phase in the cycle. There is concern that developers will take them over. They could disappear or simply lose their character.

So if you find yourself walking a main street in Melbourne, take a detour! Head down a laneways instead. You never know what you’ll find – because Melbourne Laneways are full of largely pleasant surprises.