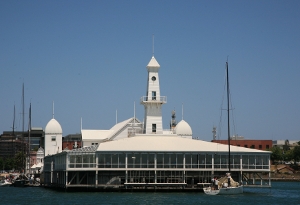 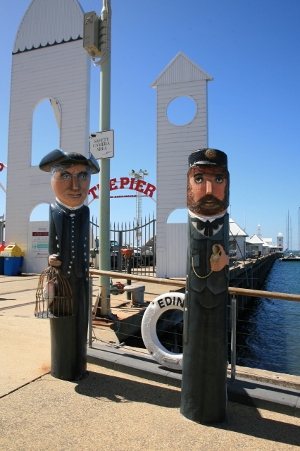 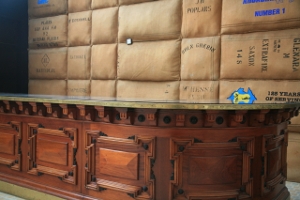 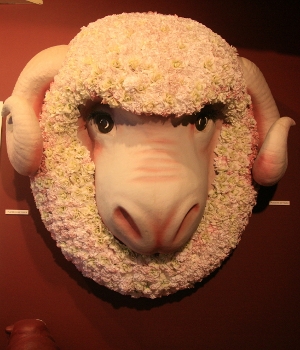 Geelong takes a bright look at its past with a series of more than 100 boldly painted and decorated bollards, permanently ensconced on its waterfront. The bollards, reclaimed from a dilapidated pier on Corio Bay, represent iconic figures, from pastoralists to lifesavers. They are cheeky caricatures of well-researched characters.

The Baywalk Bollards are part of a rejuvenated waterfront that has changed the face of Geelong and is now one of its major attractions. Geelong was pivotal in Victoria’s early history, as a port city and railway hub servicing the Western District pastoralists, Ballarat and the goldfields. It was actually known as The Pivot in the 1800s.

And now Geelong is a great pivot point for various local and far-reaching excursions around Victoria. It is part of Victoria’s Great Southern Touring Route, which also takes in the Ballarat Goldfields, the Grampians National Park and the iconic Great Ocean Road which includes the Shipwreck Coast.

Geelong is also in close proximity to the Great Otway National Park, Bell’s Beach on the Surf Coast and the Bellarine Peninsula , where a car ferry from Queenscliff can take you to the other side of Victoria’s Port Phillip Bay.

And so Geelong becomes a potential base for the 220km circumnavigation of the bay, worthy of a much longer journey than the single day that keen cyclists take to go around the bay.

Geelong is also a destination in its own right. Many of the features that attract seachangers also attract tourists. Residents are attracted by the lifestyle, regional produce and restaurants, proximity to the coast and bay, well-respected schools and universities, and the lower cost of living.

Many seachangers have taken advantage of relatively high winter rainfalls and fertile soil with the purchase of lifestyle properties or acreage as Geelong resident Brian Wood, long-time stock, station and country real estate agent, describes them.

Mr Wood thinks that they have contributed not only to the demand for the regional produce and restaurants, but also to the supply side of this outstanding regional food market.

A very useful guide for visiting foodies is Produce to Platter – Geelong and Surrounding Regions. It will guide you to a number of restaurants, outlets and sometimes the lifestyle properties themselves, where you can find abalone, beef, berries, breads, cheese, mussel, olives pork, tomatoes – and to some delightful cool-climate wines.

So Geelong is a place of change. It has changed from an agricultural and industrial city to a modern city offering residents and tourists alike, a change of pace.

During our conversation, Mr Wood recalled the heyday of the wool industry in the late 1940s and early 1950s when he was growing up on Injemira, a Western District pastoral property. The paddocks were dense with sheep, the Barwon River was lined with scouring works and woollen mills, and the wool clip was regularly auctioned in the woolstores.

Mr Wood pointed out the former Dennys Lascelles bluestone woolstore, which is now the National Wool Museum. He also points out the site of a unique bow truss woolstore, with a roof that, architecturally-speaking, was a bridge. The site now houses the headquarters of Victoria’s Transport Accident Commission and, although the original building is gone, an outdoor display explains and honours its past significance.

Mr Wood pointed out another grand old wool store, originally owned by Dalgety, which has been converted to a campus of Deakin University. A stroll inside gives a clue to its former grandeur, with enticing views of Cunningham Pier and Corio Bay.

Corio Bay is a bay that’s starting to resemble the description for Jilong as the original inhabitants, the Wauthorong people called this bay. It meant the place of the seabird over the white cliffs.

Corio Bay’s foreshore has been refreshed, not only with the bollards, but with many additional features such as the renovated 1930s swimming baths along its Eastern Beach, a restored Cunningham Pier and nearby carousel, and the Steampacket and Botanical Gardens.

The creator of the Baywalk Bollards was the late Jan Mitchell. A final bollard depicting her in her pink painting overalls, complete with inevitable paint splatters, will be added to the foreshore in 2011. A grazing rabbit will also feature on the bollard, a characteristic of many of the original bollards in the collective.

The rabbits are symbolic. They represent the story of the wild rabbits that have continued to wreak havoc on Australia’s landscape and agricultural industries. Wild rabbits were first introduced at Winchelsea, near Geelong, in 1859, by Thomas Austin, a homesick English pastoralist who was missing rabbit hunts. Austin’s residence, Barwon Park, is also testament to his feelings of nostalgia. It is classified by the National Trust and is open for inspection at various times of the year.

So go on a rabbit hunt around Geelong. Look for the rabbits on the Baywalk Bollards among the explorers, aborigines, footballers, lifesavers, pastoral figures, city founders, sea captains, captains of industry and bathing beauties. The bollards are an important and delightful part of Geelong’s celebration of its past and present.