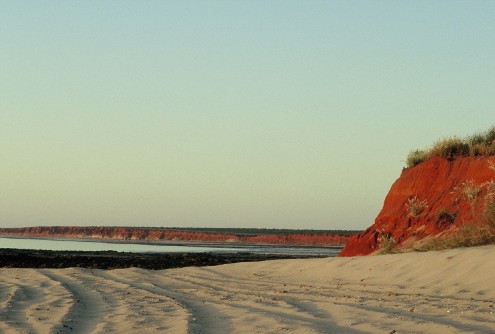 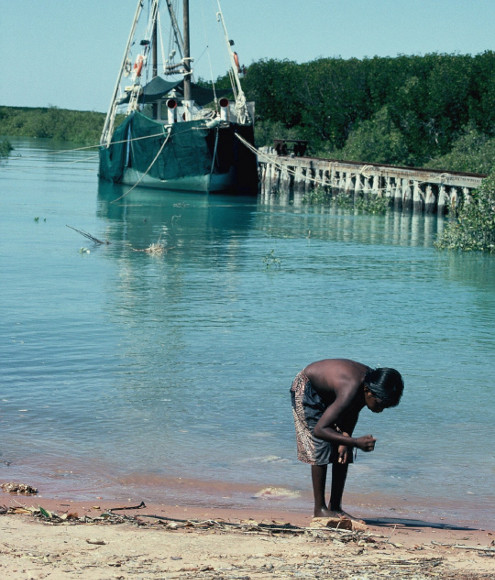 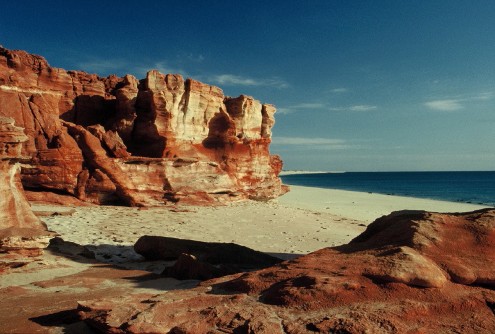 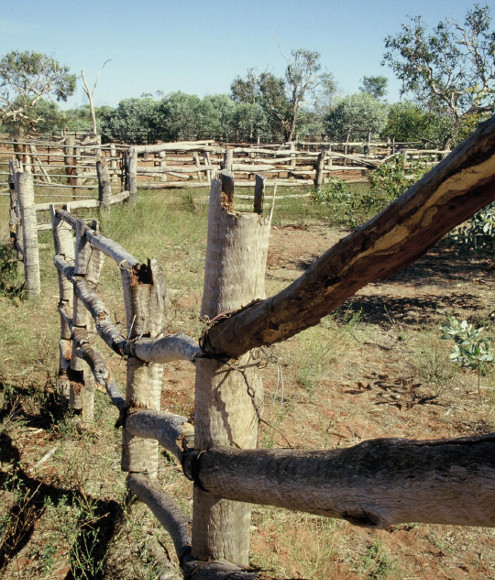 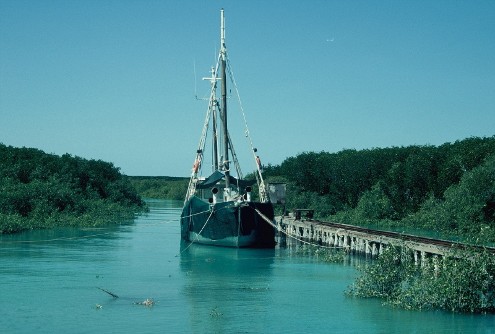 More than 300 years ago, the explorer and buccaneer, William Dampier, sailed along the Western Australian coast in his ship, the Roebuck. He wrote the first European account of Aboriginal life and left a trail of namesakes.

Thanks to the local communities, you can now follow the trail of namesakes, and see the Cape pretty much as it was when Dampier was there, by travelling north along 206 km of road from Broome in Western Australia, to Cape Leveque.

Surprisingly, many of Dampier’s observations were matched by ours. Change is afoot however, as Woodside has an LPG development on its books with a base James Price Point, 60 km north of Broome. It hasn’t happened yet and I feel inclined to enjoy the romance of the Dampier Peninsula and Cape Leveque, while I can.

To the local Bardi Aboriginal community, Cape Leveque is Kooljamanan, and the community can offer you discoveries that eluded Dampier, by taking you walking to find ‘bush tucker’ – berries, nuts, yams, and medicine trees.

Your views won’t be nearly as bleak as Dampier’s! He said that, “the Earth affords them no Food at all. There is neither Herb, Root, Pulse nor any sort of Grain for them to eat”

Dampier was more aware of the seafood available to the Aborigines, although he was still a little pessimistic: “their only food is small sort of fish … in other places at low water, they seek for Cockles, Mussels and Periwinkles”, although he did concede that, “sometimes they get as many fish as makes them a plentiful banquet.”

Banquets of fish were certainly our experience. Here was I, a novice fisherwoman, catching fish from the shore from a hand held reel. If it’s on offer, you can take an indigenous seafood gathering and fishing experience with the Bardi community. With luck, you can find oysters clustered on the rocks, and crabs, readily exposed at the extreme low tides of the Peninsula. But I think the time in history has come when you should leave them there.

You can of course see the Peninsula in the modern way, with opportunities to go out boating and game fishing from Kooljaman Resort. Just watch out for the sharks and crocodiles if you go too far out into the Archipelago!

Kooljaman is a haven, though ideas of luxury should not be conjured up from the word ‘resort’. As the Bardi people put it, it’s a, “remote paradise most people only ever dream about discovering.” It’s a place of secluded beaches, isolated coastlines, virginal bush, aboriginal traditions, and the discovery of an environment that the aborigines have left unharmed for thousands of years. So far!

Apart from the abundant sea life – oysters, crabs, octopus, clams, hissing shellfish and colonies of sea worms protected by heavy leaning towers of discarded shell – there are sphinx-like shapes naturally carved out of the rock; and stunning coastal views. A few parts of the coast look like Nature’s rubbish dump … white boulders appear to have been tossed over the top of the red cliffs to lie strewn down the cliffs and over the beach.

Kooljaman’s accommodation options include safari tents, cabins, beach shelters, units and camping facilities. There is a simple restaurant, open for part of the year, that offers the local fish, a view of pandanus palms, a tranquil sea and a beautiful beach. And there’s a small store with basic items.

You can fly from Broome to Cape Leveque on a light plane that will get you there in under an hour, or you can drive (four wheel drive only) straight up the centre of the Dampier Peninsula. The flight can also take you over the stunning Buccaneer Archipelago, named in Dampier’s honour.

As we drove along the road, we were conscious that we were guests. Numerous signs reminded us not to go along designated roads without permission from the aboriginal community.

But there was an open invitation to visit the Lombadina and Beagle Bay communities along the way, offering respite from the sometimes monotonous and often dusty, red-ochre road that demands a four wheel drive vehicle and often becomes a creek bed in the wet season.

Lombadina had a welcome oasis of grass and gum tress, and members of the community carved intricate designs into the seeds of boab trees, made earrings, traditional Aboriginal tools and decorated pearl shell. And at Beagle Bay, with permission, we visited the church inlaid with shells and mother-of-pearl and built by German monks and Aborigines in 1917.

We jumped at the invitation to drive around Beagle Bay, and were rewarded by seeing two jabirus, Australian storks, prancing for fish in the intertidal sand flats of the estuary.

Only a few non-Aboriginal people live along the Broome-Cape Leveque road. We responded to a sign at Country Downs station offering morning teas and turned down another red track, wondering, as a rainbow bee-eater flitted across the road, how it had kept its colours and wasn’t also a dusty red. A family woman at Country Downs lamented the advance of the wattle tree along the road from Broome, explained that she was happy here: Living in town …that’s not living, she said.

Even closer to Broome the Dampier Peninsula has much to offer. On Roebuck Bay you can take a boat trip among the mangroves on Dampier Creek, or watch migratory birds on the Eastern Side at Crab Creek, at the Broome Bird Observatory.

But the best way to discover the region that Dampier travelled, is harness the knowledge indigenous Australians who live there. Seek out the local bush-and-sea-tucker men and women at Kooljaman, Lombadina, Beagle Bay, or Kelk Creek, slightly off the beaten track. Visit the indigenous communities. Or buy an enlightening book from Magabala Books, an Indigenous Publishing House based in Broome.