From Argentina to Uruguay For A Day 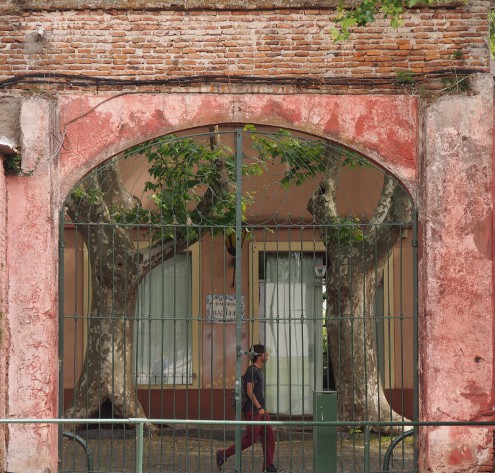 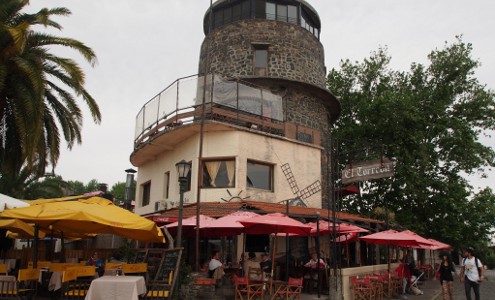 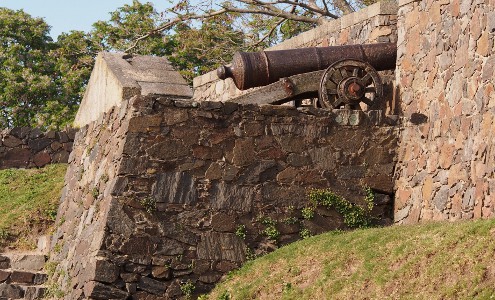 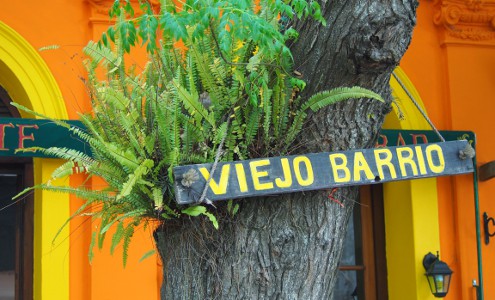 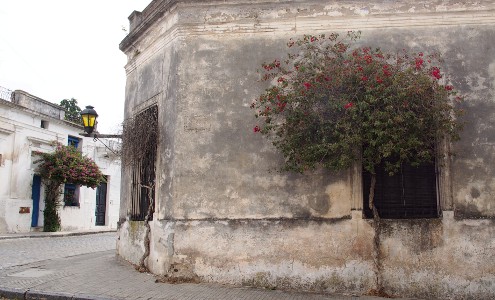 Argentina’s Buenos Aires is often described as “the city that never sleeps” and so a relaxing day trip by boat to Uruguay’s town of Colonia del Sacramento sounded like a welcome respite.

It takes almost an hour to cross the world’s widest river, the Rio de la Plata, from the Quai St Martin in Buenos Aires to the dock of Colonia del Sacramento in Uruguay. It looks for all the world like the sea, except for its tell-tale brownish tinge.

Relaxation and respite were not my only motivation to visit. I knew that Colonia del Sacramento was World Heritage listed, and that’s always a drawcard for me.

The World Heritage listing of Colonia del Sacramento comes because of its surviving Portuguese town layout dating back to the late seventeenth century, following the natural contours of the land, in contrast to the Spanish model of the time which was a regulated grid style. This particular town was fought over by the Spanish and Portuguese and “changed hands” several times over the centuries, but still retained its Portuguese character. Its urban plan features town squares and a combination of some relatively wide arteries and narrow narrow streets.

I strolled the cobblestone plane-tree lined streets with my American-expatriate friend, whose main motivation for visiting Colonia that day was that her ninety-day travel visa for Argentina had expired. She had to leave the country, if only for a day.

I discovered other travellers who went to Colonia del Sacramento for the day because its ATMs dispense not only Uruguayan pesos but also US Dollars, the currency of choice in Argentina – you get the best off-market exchange rate if you cash US dollars on the “blue market” in Buenos Aires.

Colonia del Sacramento proved to be a quirky place, notable not only for its Old Quarter. For one thing, it has learned to exploit its position on this wide river, the Rio de la Plata, by having a freshwater aquarium. The fish may be less colourful, but hey, how often do you visit a dedicated freshwater aquarium? To the locals it is a “sweet water” aquarium, contrasting it with the salt water of a seawater aquarium.

Colonia del Sacramento needs World Heritage protection because there is a risk of it decaying into oblivion. Some buildings have been gently restored or are in the process of it, whereas many others are derelict or crumbling into ruins. Trees, weeds and flowers sprout wildly from the brick work, windows and doors of derelict buildings.

One of the quirkiest things about this town is the fact that plants also grow out of “abandoned” vintage cars, initially appearing to be simply parked, perhaps as props for a 1920s “Midnight in Paris” set. One restaurant provides an alternative dining experience with a table set up in one of these stationary cars. Another outside the “sweet water” aquarium has a papier mâché fish ‘swimming’ within it. Others are “just there”, proudly parked along the sidewalks.

This formerly-fortified town on a peninsula, was very strategically placed, “just across” the river from Buenos Aires and surrounded on three sides by water. There are still canons pointing out across the water and an ancient drawbridge, the former entrance to the town. There’s also a mill, the oldest church in Uruguay, a lighthouse and many other homes and structures, with the weathered, natural colours of previous eras, from pinkish-orange to rust brown, tan and grey, contrasting with new orange roof tiles or the whitewash of the church and lighthouse.

The more you stroll, the more colour you see from the plants, the old street lanterns, bright green creeping ivy, old blue Portuguese tiling and corrugated iron, in various colours and shades, propping up windows and doors. And the more you find that Colonia del Sacramento is a far cry from the barrios of Buenos Aires, such as La Boca, or the memory of Eva Peron.

A climb up the spiral staircase to the balconies of the lighthouse provides views of buildings and umbrella-laden café concourses, and right around past the old mill and concrete terrace on the vast river that you would think was the sea.

Everyone has their own reason for going to Colonia. For some it’s to get US dollars. For others it’s to renew a visa. For me it was to visit a World Heritage listed site and to find a retreat from Buenos Aires, the city that never sleeps – I found a town that is content to stay still and rest! No matter what your original motivation, you’ll also find a charming, cheeky and quirky little town.