It took a novel by John Steinbeck for the Ocean View Avenue in Monterey, California, to have its name changed to “Cannery Row”. The novel, published in 1945; prompted the name change eleven years later, helping to rejuvenate a declining quarter of Monterey.

Coincidentally, the book’s publication had coincided with a sudden decline in the prolific sardine harvest which had made Monterey the Sardine Capital of the World, supplying two World Wars. “New Monterey” which once had about twenty sardine canneries, became a ghost town for a time.

Now, in this re-branded area of Monterey, a number of the old corrugated iron canneries have dressed themselves up with brightly coloured paint and re-purposed themselves as restaurants, accommodations and tourist precincts.

Cannery Row in particular, and Monterey in general, were the highlight of a three day hybrid tour I took with California Parlor Car Tours, from Los Angeles to San Francisco. It was an itinerary and timetable-driven tour, with vouchers for trains, coaches, taxi pick-ups and hotels, providing a mixture of independent and guided travel. The ticketing was unglamorous and consisted of a couple of pages of an emailed or faxed itinerary. Initially I wondered whether the simple codes for each third-party provider were going to hold sway. They always did.

I travelled the first stretch by rail on “The Coast Starlight”, from Los Angeles to San Luis Obispo. With neither fellow tour members nor a guide, I quickly learned to move to the observation carriage to watch California and the coast slipping by. At San Luis Obispo, it turned out that there were another seven travellers on the same itinerary as me, heading to the same hotel. 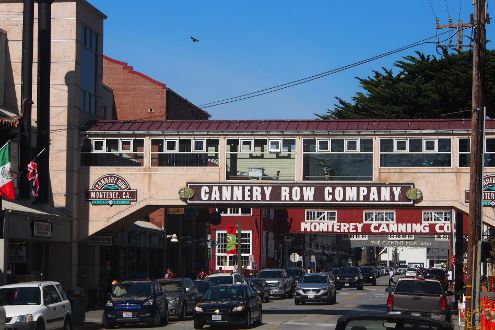 A pre-arranged guided tour with Wine Wrangler Tours took us to Hearst Castle and an Elephant Seal Rookery. Hearst Castle is paradoxical. On the one hand it is remarkable, beautiful and priceless. Architect Julia Morgan had followed the whims of the newspaper tycoon, William Randolph Hearst, and built this castle-cum-village over several decades in the twentieth century. On the other hand, a castle in this remote location with its eclectic collection of ancient artefacts, is anachronistic. 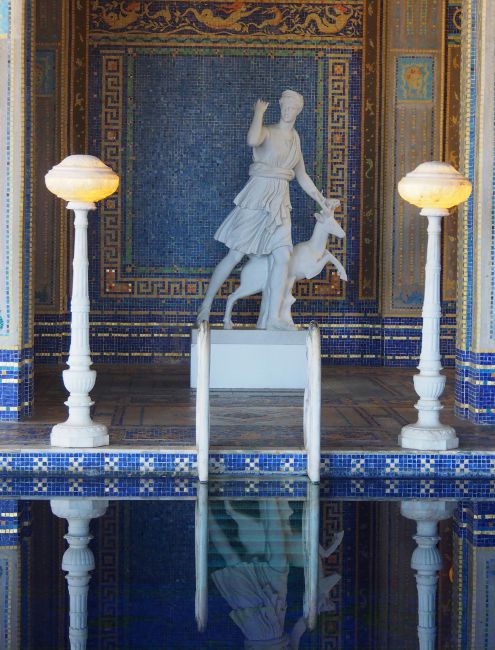 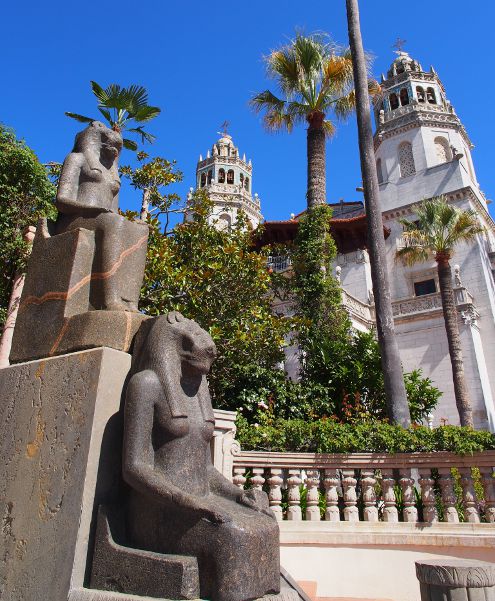 That night, the guide dutifully dropped us off at the Amtrak station for a further train ride to Salinas, John Steinbeck’s birthplace. A limousine met our growing contingent of travellers for a short journey to Monterey.

The next day, free time in “Old Monterey” revealed the history of the town when it was part of Mexico, before the United States won it in a war. You can also visit Fisherman’s Wharf, which is touristy and attracts cruise ships, but is also the hub of a modern fishing industry and a departure point for recreational boating and diving.

From Old Monterey, I walked along the coast to Cannery Row, beside Monterey Bay National Marine Sanctuary, the largest marine sanctuary in the USA. The nutrient-rich waters which made Monterey the sardine capital of the world, now provide squid as the main harvest, while the rest of the marine world is largely protected.

The walk takes you past sardine hoppers, old buildings with guano-encrusted rooves. You pass sea otters, cormorants, pelicans and other surface life, a small selection of the 25 species of marine mammals and 100 species of shorebirds and seabirds. The depths are home to 150 species of fish and thousands of other animals and plants.

Options for investigating the depths include scuba-diving. Or you can simply do what I did and visit the world-class Aquarium in Cannery Row.

No longer do you hear the din of canning lines or the whistles calling workers to the latest catch, or catch the overwhelming smell of fish and fishmeal described by Steinbeck. Rather than the sound of sloshing water in pipelines, you hear lapping waves on the beach and rocks.

A restaurant in an old cannery overhangs the sea as it would have in the past. Canneries were designed like this to make the ‘landing’ of the catch easier. The sardines didn’t have much chance. First the purse-seiner boats would move through a shoal of sardines, with nets strung between them. Later, the sardine catch would be sucked into the cannery from the sea, via floating hoppers and pipes.

Cars drive along Cannery Row underneath a series of enclosed bridges. In the canning era these bridges allowed the fish to be conveyed from one side of the road to the other, for open-top, canning, cooking, sealing, packing and despatch by freight train. 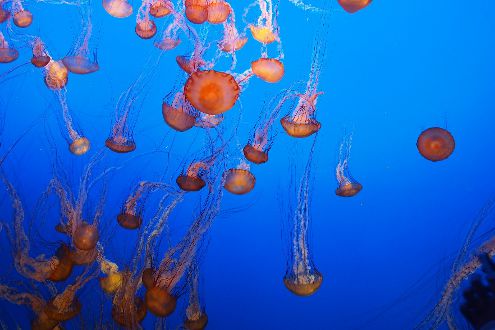 Striking colours and shapes in the Aquarium’s tanks © Marjie Courtis

The aquarium, built on a former cannery site, showcases sea life, while paying tribute to its early heritage. The foyer salutes the canning era with an explanatory display in its foyer of machinery, packaging and photos of cannery activities – and an invitation to see living sardines in shoals in the aquarium. Two storey tanks allow you to see marine life in the depths and near the surface. To me, the aquarium was also art gallery and natural history museum. The vivid orange sea-nettles, trailing their long tendrils, moved with such beauty and synchronicity against their blue background, that I felt I was back in the contemporary art museum of The Broad in Los Angeles. In both places, colour and shape rule.

Sea otters were playing in another exhibit, while others showcased the scientific pursuits of the aquarium. For me, there was an immediate link to a real-life friend of John Steinbeck, re-created in the novel, as “Doc”, a lovable marine-life aficionado. He was constantly at Monterey Bay’s tidal pools, finding marine specimens to fulfil orders from Universities and Labs. The diversity of the area’s marine life was appreciated long before the aquarium showcased it. 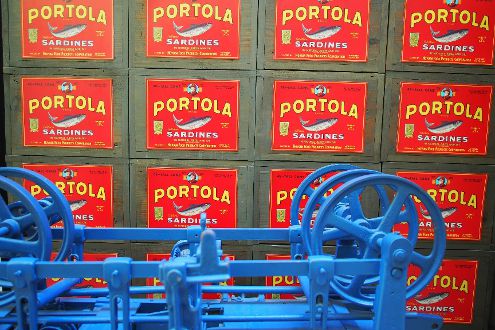 A cannery-era display in the Aquarium’s foyer © Marjie Courtis

From Monterey a coach drove us along the Seventeen Mile Drive to Carmel, in Clint Eastwood territory, past expensive golf courses, opulent homes and Monterey Cypresses. Then it headed to San Francisco.

My choice of this hybrid tour was a good one for me. I could begin it on any virtually any day of the week. It was easier than organising it myself and there was no constant tour-guide chatter. There was no need to drive and keep my eyes on the road. And it was a cheaper option than a private guide.

A couple of things would have improved my journey. The company now provides an option to stay two nights in Monterey, a preferable option. I’d managed to have a good look at Monterey, but it was mainly because of a co-operative coach driver agreeing to a change in pick-up point and time. This can’t be guaranteed.

The other thing I’d change would be the name of Hearst Castle. Perhaps to ‘Hearst’s Folly’! Or “Morgan’s Masterpiece”. After all, if a street could be named after a novel, why not a castle after its architect?

A similar tour runs from San Francisco to Los Angeles.

The writer travelled at her own expense. She flew direct from Melbourne to Los Angeles with Qantas.