I took an eight week holiday in my own city of Melbourne, taking a break from my outer suburban home, and moving into The Olsen Hotel in South Yarra, as a resident.

I’ve always thought that the real cost of travel is the opportunity cost of money not earned while zipping around the world. This time, I kept working each day in Melbourne’s CBD. But because I replaced a long daily commute, with a five minute walk to South Yarra station and a two stop train journey, I had at least eight hours a day to be on holiday – 8 hours each of work, sleep and play each day. Definitely as good as a holiday – and there were no air fares. 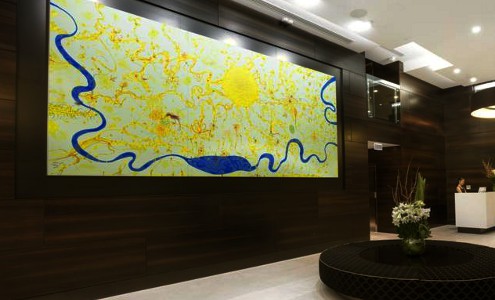 Residing at The Olsen

There’s a major difference between being a resident and a hotel guest. As a resident, the cost is less. Provided you pay in advance and stay for at least four weeks, the rate for residents at The Art Series hotels, of which The Olsen is one, are billed as “starting at $700 a week”. That’s the rate I started with and from there it went down, after four weeks. That’s right, down, not up!

Here I had weekly cleaning included, utilities paid, Olsen reproductions on the walls (even on the glass between the bathroom and the bedroom), my own kitchen facilities, a dining table for four, shelves of art books, a laundry in the corridor … and a room with a view over the tops of the buildings in Chapel Street. Not to mention, an in-house gym and a pool overlooking Chapel Street. Sunny days were rare during my Autumn sojourn, but when I wanted to, I could also lounge around on a sundeck overlooking not only burgeoning new apartment buildings, but also the brick former South Yarra Tram Substation, built in 1927. The Olsen was a place to stay for so much less than the cost of a holiday rental.

The in-house scene at The Olsen

Art at the Olsen is not a gimmick. It’s a passion for the team there. And it abounds – the painted frogs almost leap out of their frames, and the sculpted frog in the foyer takes a vertical leap from the mirrored surface of an apparent frog pond.

A highlight was the in-house art tour from the hotel’s art advocate, Jarrod Lester. With three friends I’d invited for a casual bite to eat in my room, I spent about forty minutes with the insightful and impassioned Jarrod, who gave us the low-down on the stories behind the Art Series Hotels, the artworks of John Olsen, and on his own meetings with “Mr Olsen”, as he respectfully called him. 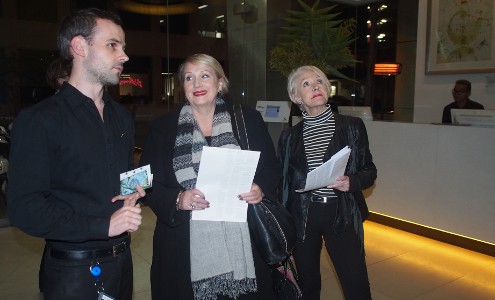 Our Art Tour Commences In The Olsen’s Foyer © Marjie Courtis

There are at least 45 artworks of John Olsen represented throughout the hotel as originals or reproductions. A brochure catalogues them all but the personal representation from Jarrod was a winner. We soon learned about the details to look for in Olsen’s paintings, frogs, spoonbills and other birds and much more. And that some bright circular images are not the sun at all, but rather a bowl of Spanish paella. So of course, that night, for my friends I had “John Olsen’s famous paella”, delivered by room service from the Spoonbill restaurant, one of several restaurants which can be reached from the hotel itself.

Local restaurants near The Olsen

There’s a steady supply of restaurants and provedores being added to the vicinity of The Olsen, servicing the burgeoning population that results from the frenzy of luxury apartment building. And they’re not just serving a basic function. They’re often luxurious. Or at least ‘on-trend’.

I’d place Steer (incredible marbled steaks) and Da Noi (Sardinian seasonal food) at the up-market end, with Le Grand Cirque taking up a space between up-market and quirky (bone marrow with snails to eat, and an occasional circus performance). Then there are the on-trend restaurants like Two Birds, One Stone where weekenders wait in queues to be admitted for great coffee, an all-day breakfast – try the pine mushrooms – or lunch. Top Paddock has a similar formula to Two Birds, One Stone.

Since Asian restaurants moved into South Yarra, there has been a noticeable shift in both trends (more competitive) and prices (also more competitive!) Misschu’s tuckshop lets you tick your own boxes on an order form for your selection of Vietnamese food and drinks. It has a young, bubbly vibe. Dainty Sichuan gives you real Sichuan food – really hot!

What else to do on holiday in South Yarra?

I also shopped for clothes in the famous Chapel Street strip. I went to films and festivals at the Como Cinema. I’d left my car in outer suburbia so I could simply hire a smart car – bearing an Olsen image – or take a tram to visit the Botanic Gardens, St Kilda or Richmond.
I had a holiday, a continuing income and enough spare time in my day to explore a new area and have a load of new experiences. Try it! 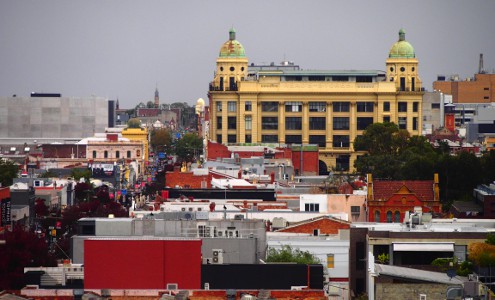 The advantages of a holiday in your own city are not limited to having a continuing income, lower costs, enough time for new experiences, and the advantages of understanding the language! One of the great things about a holiday in your own city is that you are not stuck with the same old travelling companion! I had friends (young and old), nieces, nephews, relatives and my partner coming over to share my residence and vibrant locale with me.

Try a holiday in your own city! 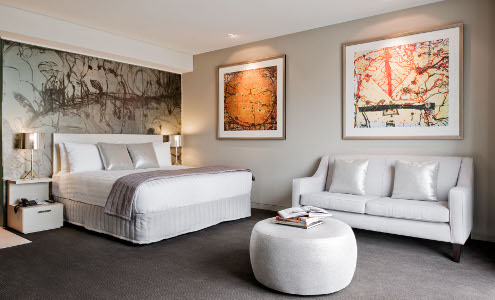